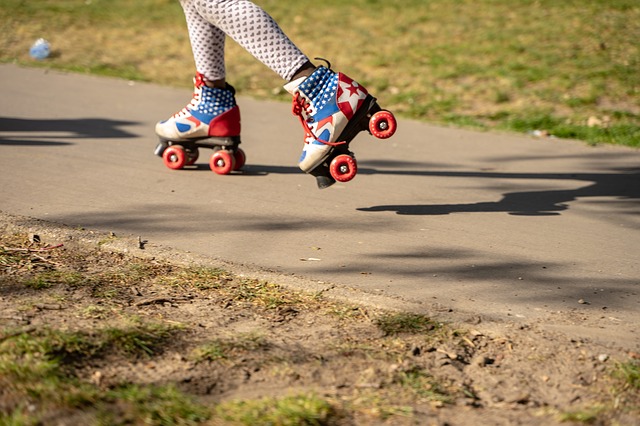 In 1983, at age 35, I had a very bad fall, while roller-skating (don’t laugh).  Roller- skating was very big in the ’80s, and it was a favourite hobby of mine, and my friends. I was doing a back cross-over when my wheels must have touched and I went down.

I was knocked unconscious and they carried me off the rink (talk about embarrassing). Consequently, I had to have stitches on my chin, my TM joint was knocked sideways, my left shoulder and neck were messed up, and my right knee was sprained.

Furthermore, I had to have surgery on my jaw, and later, on my shoulder. My neck and back were excruciatingly painful. That was the year I started learning to live with constant pain. I eventually developed arthritis in my neck, back, left shoulder and both knees.

The worst part of the fall, for me, was that I was a fitness instructor at the time. A friend and I had planned to open our own fitness studio one day, and we were working toward that dream. I tried for a while to continue teaching fitness, but the damage and pain restricted my movements too much.

Of course, this life and mind altering change was a devastating loss for me. And the surgeries gave me the perfect excuse to procrastinate about finding a new career. As I healed, I took a number of business and leadership courses. Unfortunately, I had no clear idea of where my life was headed.

In 1987, I became a volunteer adult literacy tutor. I was offered opportunities to grow in the organization. And, of course, I could not resist. I became a trainer of volunteers, then Manager of Volunteers, then Executive Director. I wrote proposals and a Manual for Managers of Volunteers. This was distributed to adult literacy organizations across Ontario. I received a Canadian Literacy Award and lots of other awards. Including a provincial award as Manager of Volunteers of the Year. Additionally, it was nominated for the Toronto (Ontario, Canada) “Women on the Move” award. I sat on numerous Boards of Directors and had influential friends.  I was constantly being approached to join committees and projects. For 2 years in a row, I was nominated for the YWCA “Woman Of the Year” Award.

As my successes and reputation escalated, so did my work habits.  I couldn’t stop – I had to “maintain my reputation”. Thus, I felt like everyone expected so much from me. And the more I did and the better I was the more I felt was expected. Meanwhile, I was ignoring the fact that my back was so bad I could barely walk. Additionally, I was having terrible stomach pains. I kept putting off going for medical attention and treatment.

One night, after a meeting, I had to crawl from my car to my house. I started taking chiropractic and physiotherapy treatments. But nothing eliminated the constant pain.  A physiotherapist told me I had Fibromyalgia.  Unfortunately, at that time, doctors did not believe in FM as a valid condition. The thought was that it was all in the mind, and symptoms only occurred in Type-A, over-achieving personalities, like mine. The treatment was for me to totally change my attitude and my lifestyle. For the second time in 7 years, I had to leave my career. I had to leave the literacy organization and put all of the 1980s behind me. 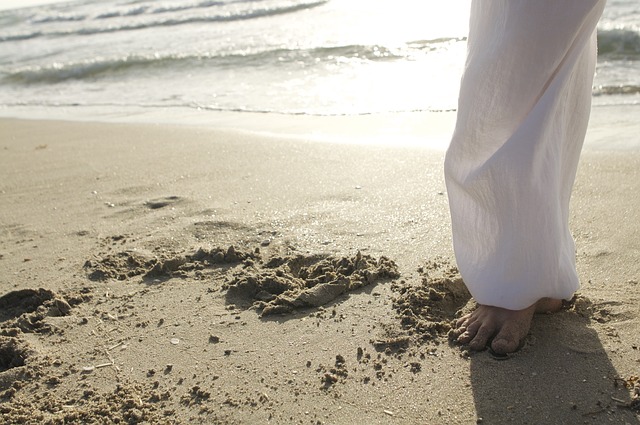 Life and Mind Altering Change – How it Affects me Today

Today, my pain is managed through medication, movement, respect for my body, and my commitment to accommodating its needs. To rest, to slow down, or to stop, as necessary.

I now listen and pay attention to the signals, and do whatever my body tells me it needs. I will never procrastinate about doing that again!

Provide your name and email address in the box on the right NOW and receive the Top 3 Mistakes That Perfectionist Coaches Make That Suck the Profits Right Out of Your Business!

This is more than an EBook – it’s a Workbook too, with coaching questions that will prompt you to develop your own personal strategies for taking action on goals.

An invitation to join the “Getting It DONE”  Facebook Group where you can interact with others who are reading and working the book  – ask questions, exchange ideas, have accountability partners.